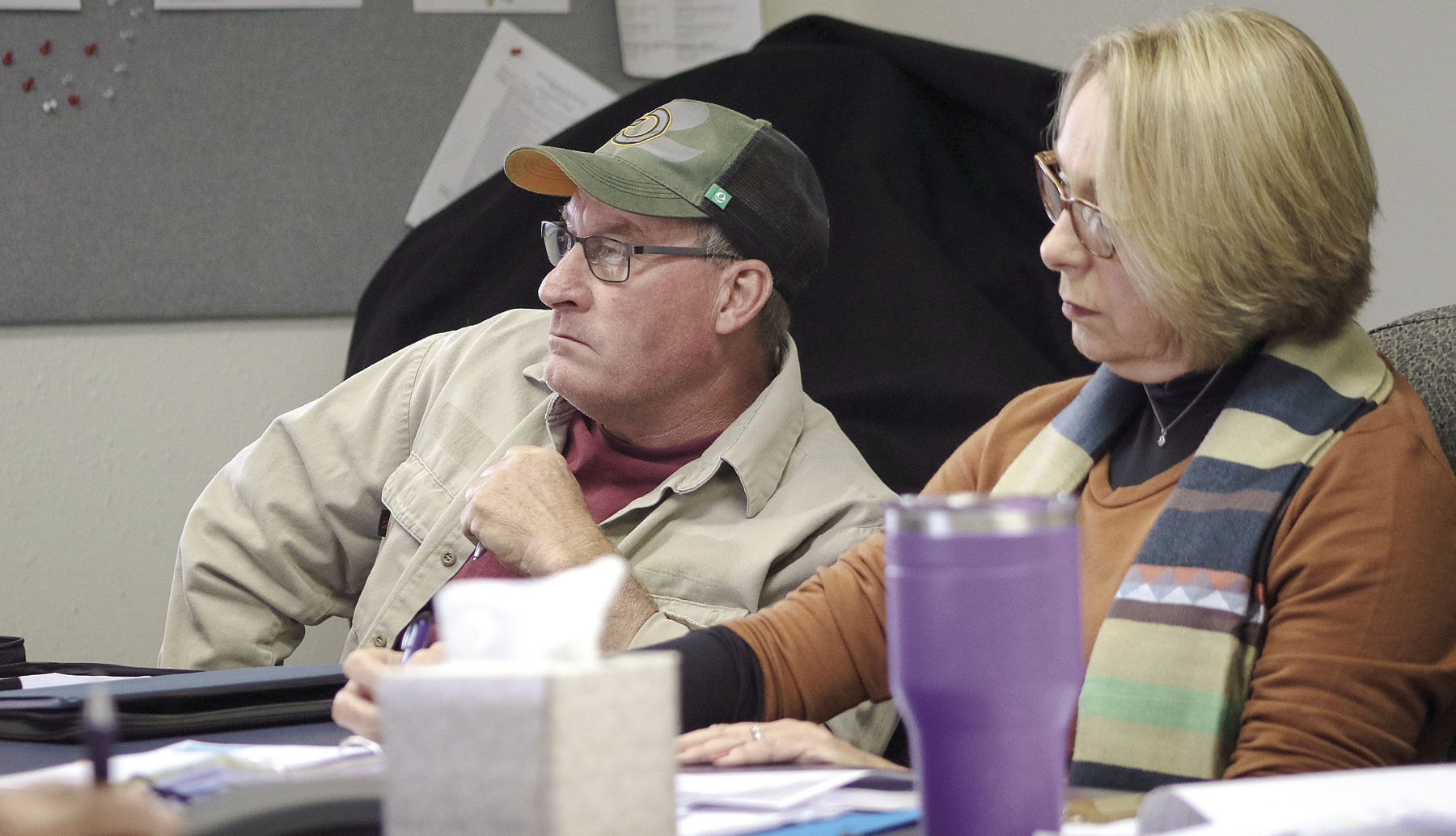 Illinois New Harmony Bridge Authority Chairman Mike Eggbert informs their counterparts from Indiana that the authority’s charter dictates that they must pursue at least one lane of vehicle traffic for the Harmony Way Bridge.

Illinois New Harmony Bridge Authority Chairman Mike Eggbert informs their counterparts from Indiana that the authority’s charter dictates that they must pursue at least one lane of vehicle traffic for the Harmony Way Bridge.

A plan for the future of the Harmony Way Bridge, or at least for how to get to that future, is beginning to take shape.

One of the major topics of discussion during the joint meeting was the need to have a new engineering study done on the bridge. A grassroots campaign comprised of INHBWRC members Lora Arneberg, Jerry Walden and Rodney Clark had commissioned a study through Indiana firm VS Engineering in 2017 for roughly $100,000, but the two year gap between the initial study and now exceeds the two-year limitation the Illinois Department of Transportation places on the validity of such studies regarding bridges.

While the Illinois authority intends to bid let with IDOT in January for the study, they asked their counterparts from Indiana to reach out to the Indiana Department of Transportation to ensure their standards would also be met once the study is underway.

“What I would like to do is try to get some contact at INDOT, or through the Governor’s Office in Indiana, or get you to make these contacts to make sure that they are going to be okay with what we’re doing,” said Ellen Schanzle –Haskins of the INHBA. “And…to try and see if we can get some funding from some different places.

“Because you guys did a great job getting funding for the initial phase.”

The Indiana authority members agreed to make contact with INDOT to make sure both states’ standards for bridge inspections are met before money is spent on the study.

The INHBWRC also explained to the Illinois authority that their status in terms of being a public or private body is still in dispute, holding up their progress in decision-making. The INHBA is a state entity.